Rollercoaster of a Ride


It’s been a rollercoaster of a ride spending the past two months on-the-go; not staying in the same place for longer than 3-4 days.


We started out with a two-week drive from the city we live in, Fort Dauphin, through villages and towns to encourage national partners and co-laborers along the way.  In July, we flew from Antananarivo to Kenya and watched our first-born graduate from the Rift Valley Academy.  16 hours by air and we arrived in the States for “vacation” as we sought to get Phoebe settled and ready for college.  The weeks that ensued were filled with one trip then another.


We spent hours upon hours on the highways of Texas and even into Oklahoma.  We got a lot accomplished as we saw Phoebe get her driver’s license, Emma get her permit, gave them as much driving time as possible, celebrated Baylee’s 13th birthday, shared about the work the Lord is doing in Madagascar in five partnering churches, visited friends and family, attended a Gold Cup soccer game, went to a family reunion, celebrated our 19th wedding anniversary while Phoebe attended FISH camp, bought a car for Phoebe and finished up our time attending New Student Conference for Phoebe and moving her into the dorm at Texas A&M!


After hugs were exchanged and tears were shed we packed our 12 suitcases and said good-bye to our parents again.  On our way back to Mada we were able to take Emma back to RVA and help her get settled into her dorm for her Senior year.  More hugs were exchanged, more tears shed.  After 3 full days of travel from there, we boarded the last plane in Tana to get us home.  We took off and didn’t look back until we were about 15 minutes from landing and found out there were technical difficulties and the plane was turning back to Antananarivo.  We were so disappointed!  It had been 2 full months and we were ready to be back.  But one more night in a hotel, another early morning of lugging our suitcases to the airport and this time, we made it home!  Three days of sleeping in our own beds and we were off again.  This time for a wonderful time of praying with our team members in the South.  It was such a sweet time of intentional prayer and refreshing fellowship.


Now, we’re all ready to get back into the groove of things.  Suzie’s already been able to share a Bible story with some ladies she disciples and looks forward to picking back up in the Lord’s work here in Madagascar.  Baylee is gearing up for her 7th grade year, homeschooling with Mom as teacher one more time.  Adam has recently accepted the position of ACSL (Associate Cluster Strategy Leader) for the island of Madagascar and looks forward to leading our co-laborers, both missionaries and national partners/conventions.


*Phoebe & Emma are settled into this school year

Prayer requests:
*Wisdom for Adam in his new position as ACSL
*Grace for Baylee & Suzie as they homeschool another year together
*Phoebe in her first year at Texas A&M
*Emma in her Senior year at RVA
*Training taking place this month in the Androy region (Sept 11-21)
*Pastor Rene’s wife Cecilia- health concerns 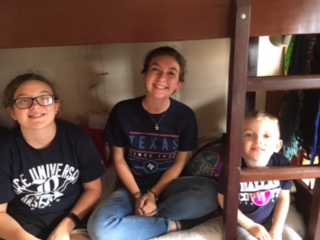 Getting Emma settled into her dorm as a family for her Senior year. 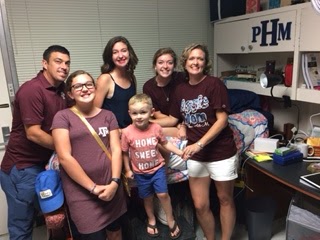 Phoebe settled into her dorm at Texas A&M for her Freshman year. 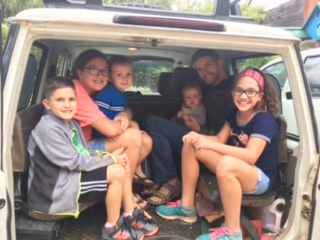 Piling into the car during our Team Prayer Retreat. 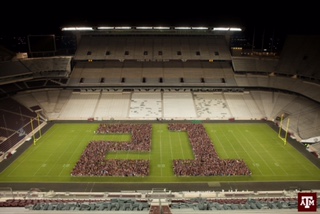 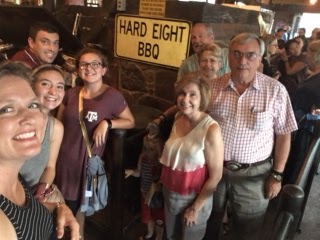 We're so thankful for the love & support of our parents!  Here we are enjoying one more "Last Supper" before we parted ways yet again.