Ripping Away the Charm


This past month, we have been privileged to encourage new believers as they follow Jesus in baptism.  At one of these celebrations, we were all waiting in anticipation as the candidates for baptism lined up.  We had walked almost 4 ½ miles through thick sand along the cactus lined pathway to get to the ocean.  One by one the new believers walked out into the water as three church leaders baptized each one.  The whole group was singing praises to God and many of the ladies danced their way back onto shore after identifying with Christ in His death, burial and resurrection.   About half the group had gone when it was time for another young lady.  She walked out into the ocean and as she got to the right spot she turned around.  Suddenly, her sister’s in Christ started hollering from the shore, “Charm! She still has on a charm!”  Without prompting by the church leaders, the girl reached up, ripped the charm from her neck and threw it down into the water!  Her actions made such a statement about her faith, her desire to flee from her former way of life and was a testament to the training these new Christians had received about the cost of following Christ.


This girl’s actions spoke to me personally as well.  It was a reminder to me that we must forsake our former way of life.  We must rip our “idols”, things hindering us in our relationship with Christ, from around our necks before they choke us and keep us from completely and fully following Jesus.


Would you commit to forsaking your own idols?  Pray that each of us would forsake ourselves and follow Christ, no turning back.


*National partners are continuing to seek the lost.


*Many people are coming to Christ and following in baptism.


*Churches are being planted and reproducing.


*After almost 7 months, Adam was able to get back out to the bush.  He actually went 3 times!


*One of two of our summer volunteer teams has come, done an amazing job, and gone.


*National partners coming from the bush for the training


*Phoebe and Emma wrapping up their year at boarding school


*Phoebe will be graduating in July/getting ready to start college at Texas A&M, College Station in Aug. 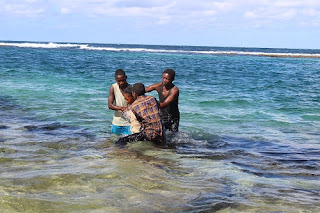 Lady who ripped off her charm before being baptized 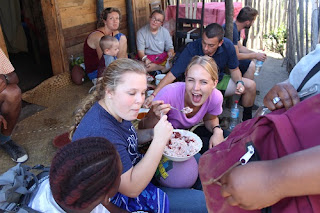 Lunch in Marovato with the IWC team 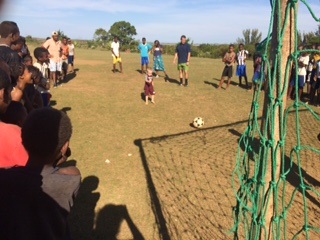 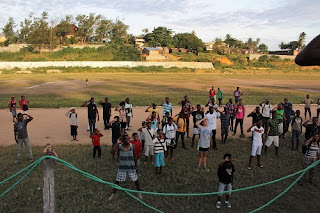 Game Day at the Stadium ended with "Ships and Sailors"
(Baylee & River were both in on the action.)