February 01, 2017
It seems that we have come the end of another month and as we look back it doesn't seem like we did a lot even though we have been under a lot of stress.  And then, we begin to look back over it all and realize that the Lord allowed us to accomplish more than we often felt like we could handle.  So, we gladly say to you all "The Lord is good all the time".  We know that there are many of us feeling uncertain about what the future holds.  We would like to just say that even if the worsts scenarios take place God is still good.  Therefore, don't worry about tomorrow but let us all strive to live a life that displays the Lord's goodness in all that we do.  We are living as Toby Mac says in "Extreme Days".

You may be asking yourselves what have you guys done that is so extreme?  Honestly, we don't feel like we are very extreme at all.  What we will say is that our God's love and care for his people has allowed us to accomplish extreme things for His glory and honor.  We started out January slow.  We were just chasing around different people getting ready for a large food distribution.  Nothing out of the ordinary until Adam's trip to the US came.  From that point until now it has been a marathon and we are still running.  Yes, Adam was in the US for a meeting.  He wishes he could've seen more of you.  The meeting went well and Suzie and the kids did okay while he was away.  Suzie was put in charge of helping finalize some beans and salt and some other little items needed for the food distribution.  On top of her normal everyday duties of teaching Baylee and chasing after River.

Upon Adam's arrival, back to Fort Dauphin we began to finalize everything for the first part of our food distribution for over 2,000 people in Androy land.  We provided food for each of them for 60 days.  We would like to say that this is a difficult task no matter where you do it.  Doing it in Africa adds to the level of difficulty.  We had many moving pieces and not being able to get out to areas post-back surgery for Adam added a little more stress with the preparation.  Despite set-backs and horrific road conditions we distributed the food to all the locations and everyone on our list received the aide they were needing.  We are so thankful for our national partners who spent countless hours making sure this went well.  It is a miracle it all went as smooth as it went.  We heard from someone working with another organization that once they pulled up the people mobbed their truck and they have no idea who received the food.  We can thankfully say that we know those who needed it most received help.

This made all the phone calls, hundreds of trips in and out of town, pre-planning hours and discussions worthwhile.  The Lord proved Himself faithful to answer all of our prayers.  We have heard positive reports about how it all went and that there are already new villages asking for our believers to come in and share with them the hope that they have in Christ Jesus.  We still have another area to distribute food to but it is on a much smaller scale then the Androy distribution.  Please pray for it to go well.  We also will begin to have community development discussions that will hopefully come up with projects that will help the Malagasy people come up with long-term solutions to their problems.  We just don't want to give and feel happy but we want to see them become Extreme in all they do.

So, to close this update we would like to say that not only are we seeing the Lord meet physical needs through the seed distribution, food distribution, and rains but he has also meeting the spiritual needs of the people.  Over the past two months we have not seen 90 people follow the Lord in obedience through baptism.  Furthermore, we are seeing evidence life change that is impacting not just households but entire communities.  Please pray for the Lord to continue to work in such extreme ways in the South of Madagascar.


Praises:
Adam had a safe trip and Suzie and the kids did well
Despite some little illnesses here and there we have been relatively healthy
The food distribution was complete
90 people were baptized in Androy land

Prayer Request:
Upcoming trips
Church plants and preaching points to be encouraged and to stay grounded on the Word of God
Financial needs
Diana, Alex and Rachel
The work being done among the Mahafaly, Masikoro, Bara, and Vezo
More IMB workers to join us in the Lord's work here. 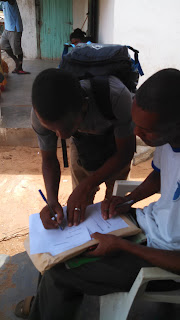 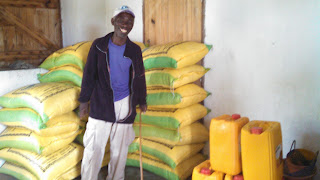 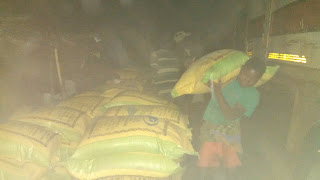 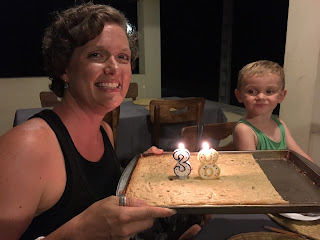 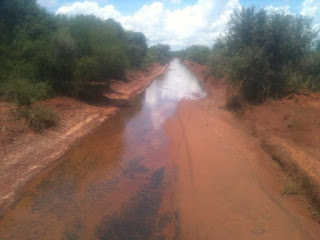 That's a road not a river bed 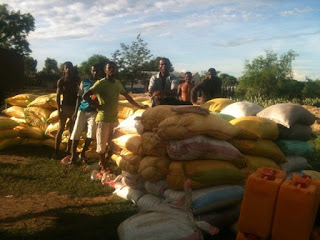 Tranoroa.  One of the hardest hit places with the famine 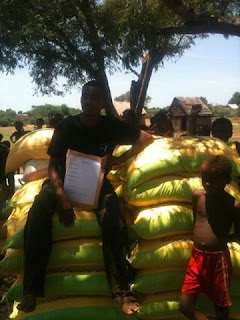 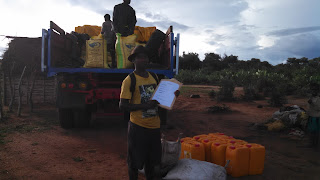 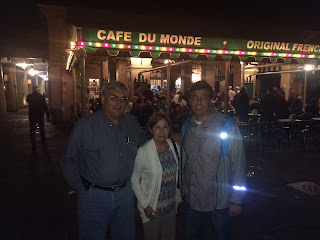