A Lot with a Little

December 01, 2015
It has been our experience that the Lord is able to do more than we could ever think or imagine.  We have so many times wondered how He could ever use us.  We are just sinners redeemed by the blood of the Lamb and we just seek to give the King of Kings what He already purchased on the cross.  Our lives.  It doesn't seem to be much from the outside looking in.  We don't have extraordinary gifts or talents (we do have some just not extraordinary), we have been and still are at times the biggest hypocrites to ever live on this earth, we don't have riches, we don't have much to offer anyone much less our Lord.  However, despite our inabilities or lack of resources we serve a God who is gracious and kind and chooses to use us as His witnesses in a dry and desolate land.  He is also just and will not let sin reign in our lives.  He continuously reminds us of His measuring stick of Holiness and we are constantly submitting ourselves to His authority.
So we say all of this to point out that we aren't much and the Lord is doing great things for His namesake with the little that we have to offer.  We desire to make much of Him and He in turn seems to be blessing us by seeing new people desiring to follow after Him.  As we enter a special time of taking up an offering for missions (Lottie Moon Christmas Offering in the SBC world) we know that many of you are aware of the financial difficulties our company (IMB) is in.  We just don't have enough money to fund all of our missionaries and all the work that needs to be done.  We always say the answer is more money but I disagree.  The answer is us as believers in Christ Jesus just being obedient to Him and giving to Him what He deserves.  Even if it seems like a little remember He can do great things with it.
So forget praising the church with the highest offering given, the highest percentage per member given,  or the many accolades we throw out to make someone feel good.  Forget getting credit/trophy for doing what you are supposed to do.  Don't wait for the one for one idea.  Let's just give to God what He deserves and ask Him to do great and mighty things with that.  By the way, we are speaking of much more than money.  First of all, he requires all of us.  This means that nothing is separated out as mine and His but we just say "Yes Lord" to whatever it is that he requires of us.  This is not easy and at times very uncomfortable.  For example: For the first time in our mission experience we just don't feel settled and we wonder why us?  We don't like what is going on with our company and the uncertainty of things.  We don't like the body pains, aches, and sicknesses we live with on a daily basis.  We are bothered by little things from within our host culture.  We find ourselves questioning strategy, missiological methods, finances, and so much more.  However, at the end of the day we are still here in Madagascar because He has called us to be His witnesses and to make disciples and the place He has placed us for this season of our life is Madagascar.  Thus, we aren't much to work with but our God is able to do all things and we seek to do all things for His Glory.
Will you just be willing to do whatever it is that He asks of you? Would you trust Him with the abundance or the little you have to offer knowing that He is worthy of it all?  Would you join in the work that He is doing?

Praises:
We had baptisms in Androy land and we had some rains
Phoebe and Emma are home for a break
Our leaders are seeking to be obedient to God
We received funds and we have begun distributing 1,000 school kits to students in our area.
The Snipes have completed their time in Madagascar and have done very well

Prayer Request:
Our health issues seem to be a constant struggle
For us to take advantage of our time as a family this Christmas Season
For upcoming trips and the trainings that will take place to be fruitful
For safety on the roads as we continue to share the Gospel Message
For the IMB and all of our co-workers who have returned to the States
For the Snipes as they transition back to the US at the end of December
For Colten (from Texas) and Diana (from Ecuador) as they prepare to come and serve alongside us over the next few months. 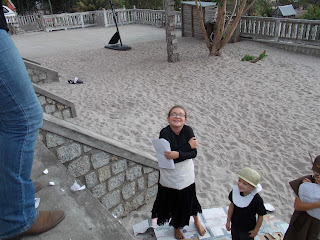 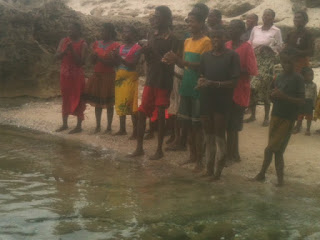 Baptisms at the Ocean after a two hour walk 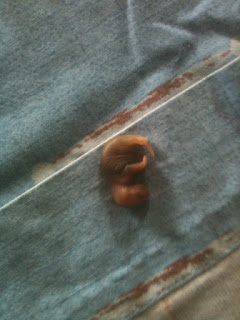 Look what Adam found under his pillow at a bush hotel 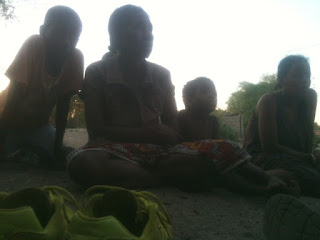 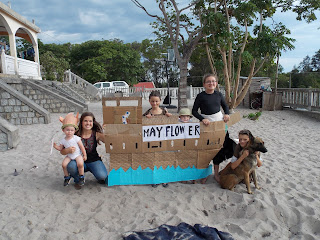 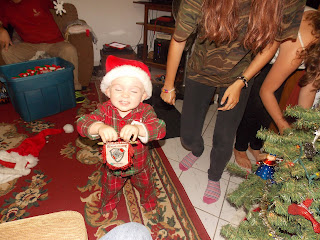 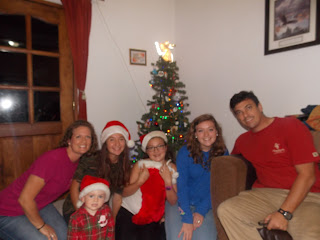 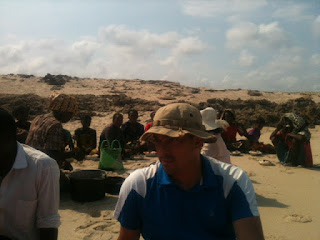 Lunch on the beach after baptisms 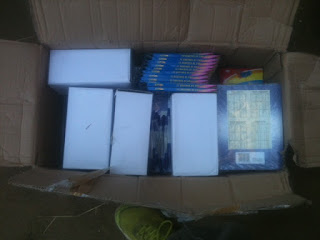 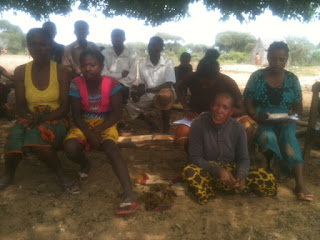 New Church that meets under a tree﻿