The month of June has been a very interesting month.  It started out as good as anyone could have desired for a month.  We had the SWBTS team here and we were seeing the Lord accomplish great and Mighty things in and through us all.  It was just a wonderful time overall; Granted we began the month at a record breaking fast pace.  Thus, naturally it was going to slow down a little but there was so much work to do that we couldn’t envision any break at all at the beginning of June.  After the team from SWBTS left we kept a seminary student, house guest, Ashton, with us.  He was a good house guest and truly sought to help out where he could.  I think we all enjoyed that time.  However, it was during that time that we were reminded of the battlefield that we live in.  Not only for us here in Mada but also for you, our friends and partners in the States and around the world.
As soon as the SWBTS team left to head back to the States we had some thieves visit our neighborhood and they stole some power lines down the road.  This, in turn, left us and a few other homes and a medical clinic without electricity.  At first they said it would only be a weekend, then a few days.  A few days turned into a week and then finally two weeks without electricity thanks to the thieves. Therefore, we had a houseguest (friend) with us, no electricity, lots of work to complete but limited power/internet/etc, and another friend who arrived during that time.  We all handled it like champs but there was a reminder to us all!
We were basking in God’s goodness and His mighty Hand at work.  Then, suddenly, we were living in absolute darkness and silence without many ideas of how or when this period of darkness would end.  We had a little bit of illness, some tired bodies, minds, and spirits, and worst of all we didn’t have access to some of the goodies that come naturally with having power (hot water, freezer, lights).  We are absolutely blessed to have a generator and it was a life saver for us all.  We had trouble getting all the wires to work but eventually figured it all out and thus, for a few hours a day there was some type of normalcy to our needy American souls.  I can’t tell you how excited we were to finally get the power restored.
What we learned is very simple.  We are here to share God’s light and His Word.  As we share His light and His Word we will encounter difficulties and hardships.  There is a thief out there who desires to steal, kill and destroy our work.  This past month we were reminded about how dark and silent the land we live in actually is.  However, we were also reminded that the Lord is doing great things and the Lord alone can bring Salvation.  Thus, we his servants faithfully attempt to serve Him with all of heart, soul, mind and strength.  We unashamedly announce God’s goodness so that everyone can know that our God saves!  We also unashamedly seek out these new believers and attempt to teach them what it means to live in Christ Jesus.  We have been able to do this through home visitations, Bible study groups, and bush trips.  Thankfully, we can’t change people but the Lord can and does.  We just live completely dependent on Him!

Praises:
*SWBTS team came, worked, and made it back home safely
*Ashton was a big help to us
*Jamie made it to Mada safely
*Suzie and the baby are doing well.
*Some of our teammates are heading down this way next week!

Prayer Request:
*Follow up with new believers
*Bible Study groups to continue to grow
*Wisdom for the future
*Our teammates who are moving next week 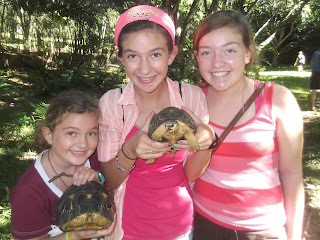 Enjoying some R&R at a Reserve about 10 minutes from our house. 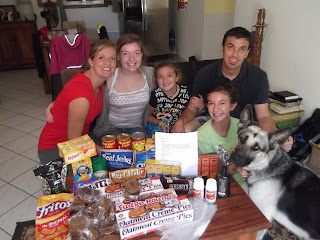 Words can't express what a blessing it is to receive a package with goodies from America! 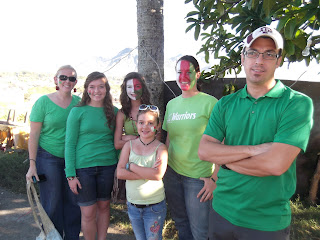 We got into the Malagasy spirit as we celebrated Independence Day
and were almost made part of the parade! 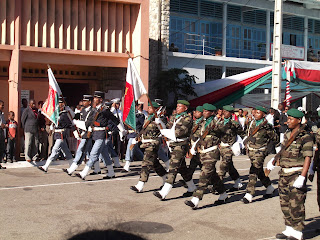 Malagasy Military in the Parade 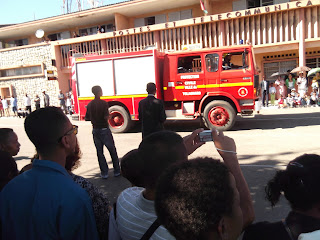 Fort Dauphin has a fire truck!
(During the parade it was called to a fire and it rushed through downtown, almost running into the pedestrians that were enjoying the parade.  Fortunately it just had to run over their shoes after they scurried out of the way!)