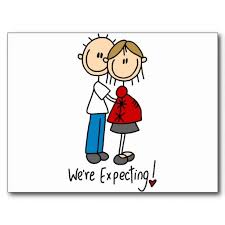 We're about 10 weeks along (June 4th) and are looking forward to getting our first ultrasound in the next week or so.  Suzie and the girls will head to South Africa in the end of November.  Adam will join them mid-December and the baby is due in the end of December!  It's been a while since we've done the baby-thing, but we're so blessed to be adding #4 to the Hailes family!!  (Maybe we'll get our boy!)

PRAISES:
On another note, Southwestern Seminary has a team here and ministry has been going well!  They are a group of 15 God-fearing, loving and serving students/professors.  They arrived on May 26th and will depart on June 7th.
Last week, the team split up into 3 groups and went to 3 locations where the local church already has a weekly Bible study.  The groups went each afternoon and storied Creation, Disobedience, The Promise, Birth & the Demon-possessed Man.  This was the very first time S-T4T storying had been used here and it started slow, but by mid-week the groups were retelling the stories, sharing the stories with their families and friends, and each day more and more people would come to the groups!  We had a finale story, the Jesus film, in their heart language on Friday evening.  About 250 or more people came and quite a few of them made some sort of decision!
Saturday the group from Southwestern went on to the city of Ambovombe.  Sunday they shared the same five stories with the children, youth and adults at church and this week will be teaching Bible study in a few locations.  They will also show the Jesus film on Wednesday night, so pray for receptive hearts.
Suzie and the girls stayed in Ft. Dauphin and got to walk to church Sunday morning.  It was so exciting to see the 20-30 new faces of those who came from the different locations where the groups had shared!  It was a packed house (school-room).  There were also about 30 that made some sort of decision on Sunday morning.  The new believers were given their first chance to partake of the Lord's supper and it was quite a celebration.
Please pray that we will be able to follow-up, verify decisions that were made and continue discipling these new believers!

ANOTHER PRAISE:
We already posted about God's Glorious Will and the story of Dada, but we also want to give Him all the praise, honor and glory for the 11 others that followed Christ in baptism last month in Ambovombe!

PRAISES:
*Decisions were made
*Believers are following in baptism
*The local church has been encouraged
*There is more work to do!
*Homeschooling & testing is finished for this school year!!

PRAYER REQUESTS:
*Many people will be coming and going in June
-SWBTS heads back to the US June 7th
-Ashton (SWBTS student) will stay and work alongside us until June 22
-Jamie (a former student from LCCS) is coming June 12 to do research
-the Snyder family will move here mid-June
-Doug & Nathan will come help the Snyders move in and visit for a few days before June 20
-North Garland will arrive for their vision trip on June 30 to visit the city of Tsihombe
*Continued language aquisition
*To find a routine in ministry; being diligent to be where God has called us, doing what He has called to do!
*The pregnancy to go smoothly and Suzie would have health and energy
*The election in July here in Mada.  (Last time, in 2008, there was a coup that resulted from the elections.)
*Adam's parents and Aunt & Uncle will be here next month!!! Pray for safe travels and a calm election here in Mada so they don't face any issues when they come. :D 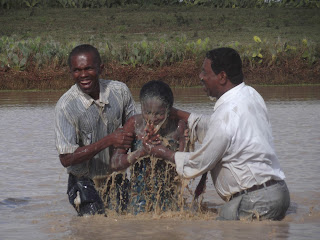 The pastor had the BIGGEST SMILE every time another believer was dunked! 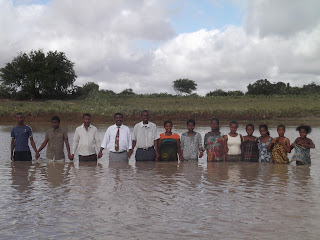 The group getting ready to be baptized in a muddy, watering hole. 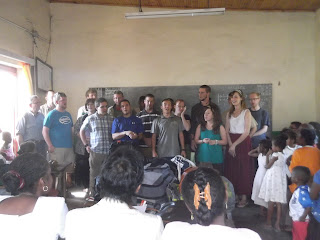 The group from Southwestern singing praises for the local church.
(They had just gotten off the airplane.  They hadn't even been by their hotel yet!) 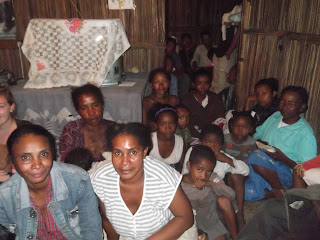 One of the Bible study groups in Ft. Dauphin on the first day of storying.
It was raining so we squeezed into the woman's house. 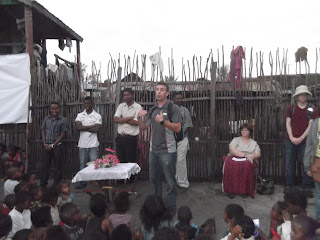 Adam addressing the group before showing the Jesus film.
(The nationals are always astonished when Adam begins speaking and they understand him in Malagasy!) 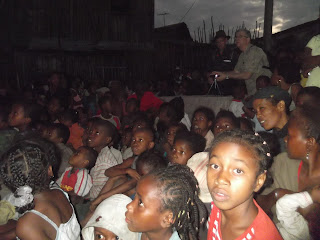 Thanks for giving to Lottie Moon and the Cooperative Program!  Without it we would not be able to carry out the Great Commission and God's specific call on our lives!