February 03, 2013
This past month has been full of ups and downs.  We started off the month in style celebrating with local believers at a local church.  We had the SWBTS team in country and we went deep into Tandroy land.  It was a great time of covering future work in prayer and being able to tell others about the love of Jesus Christ.  As we had the up times we also had some difficulties.  The roads in the bush that at times are already bad almost became impassable while we were out. We put our 4x4 vehicles to the test and they all past but they all didn't make it in one piece.  We are Praising God that all the humans did make it in one piece.  Furthermore, while Adam was out in the bush and on the roads the family got a little scare in Toliara.  Baylee had an eye begin to start acting up and though we thought it was nothing after talking with medical specialist we realized it could be something big.  Praise the Lord all the test came back negative and Baylee is getting better each day.  However, this meant Suzie and Baylee leaving Phoebe and Emma alone with Ashley for a couple of days while Adam was coming back home.  With all of the unknowns and a house full of women we are sure you can imagine all of the emotions that were taking place.  Once Adam arrived in Toliara he only had a couple of days before he left to go to a training in South Africa.  Thus, Adam, Suzie and Baylee were in South Africa and Phoebe, Emma, and Ashley were left on the Island.  We are so thankful that the Lord looked over us all and for modern technology so that our family could still be there for each other in this time of need.  We are further thankful for a mission family that was very helpful to us during this time of need.  Training went well for Adam and Suzie and Baylee finally made it back home after some bumps along the way.  Once the whole family was reunited there were a few things that took place that really just tore our hearts and the devil tried to steal our joy.  However, in the middle of all the negativity we were very encouraged by the local believers and seeing their hearts ready to share and reach out to others.  We were encouraged by the local churches following up with people and with them leading out in the new Bible studies that have started.  To close out the month and start the month of February we celebrated Suzie's birthday even though she wasn't in much of a celebrating mood.  We got to get out to the beach for a day and just relax a little bit with our SW team.  Adam had the privilege to go out to the bush and help evangelize and observe the baptism of new believers at a brand new church.  Needless to say the Lord is good and we are serving Him and Him alone.  All glory, honor and praise to the Lord Almighty! 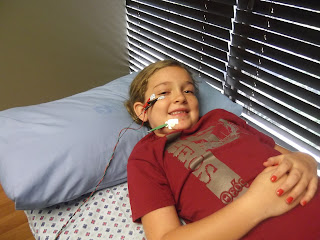 Baylee getting some test run in South Africa 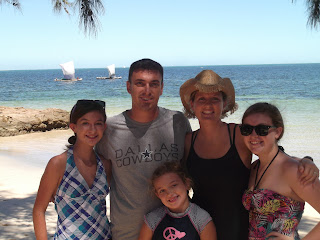 Suzie's B-day Party at the Beach 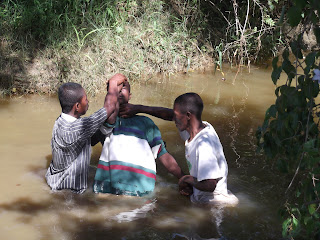 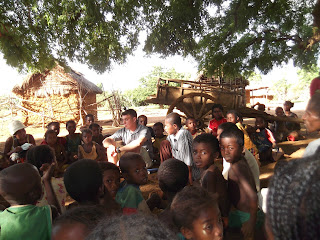 Sharing the Gospel in a Village 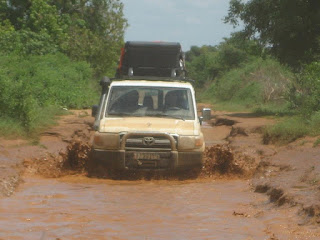 Crazy Roads on the way back from Ambovombe 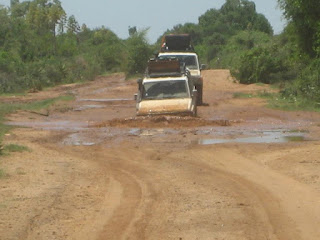