What is in a Language

Akory Abe (Hello to all).  We have had the privilege of starting Tandroy dialect language lessons.  You might be asking yourselves; don’t you guys already speak Malagasy?  Well yes, we do speak Malagasy (attempt to anyways) but we don’t know Tandroy yet.  This leads to the question above.  What is in a language?  Well what we are seeing is a quicker reception to the Gospel, quicker entry into people’s hearts and families, instant respect, and so much more.  It is no secret that the Tandroy dialect is the hardest on the Island.  We have found that there are words that one should only use with adults and other words to use with children.  We must learn when to use what and hopefully not offend anyone.  With that said we are finding the Tandroy dialect to only be between 30 and 40 percent compatible with official Malagasy.  However, we are so glad we know official and are able to communicate with the majority of Malagasy people thanks to that language.  However, we know that here in Toliara and further into the heart of Tandroy land (Dirty South) official Malagasy will not cut it.  We must learn to speak their heart language and we must learn to be clear and precise with our use of this new dialect.  Though we don’t know much we have found what little we have learned and are able to remember helps break down those preconceived ideas in people’s minds instantly.  Just using the right greeting or throwing in a couple of words brings a smile to their faces and gets them all excited inside.  Just the other Sunday Adam was preaching and did his introduction part in mostly Tandroy and Southern Dialect and people were clapping and laughing.  They were so excited a “Vazaha” (White person) cared to learn their heart language.  In Ambovombe when we introduced ourselves using what little Tandroy we know the people immediately set any worries or concerns aside and stated they were ready to help us.  By no means are we fluent in this difficult dialect but we are trying hard to master a new language.  We know that for our work here in Madagascar among the Tandroy to be effective we must learn their language.  The road ahead is difficult.  Probably the hardest thing for us is hearing it.  They speak so fast and it seems like they don’t even open their mouths when they speak.  However, we know that God knows all tongues and languages and that He is able to take our tongues that seemed to be all knotted up at times and make them speak clear and concise words about His love, mercy, compassion, joy, and plans for their lives.  Our prayer is that by the time it is all said and done God and God alone can get the glory for a multitude of Tandroy people knowing and worshiping our Lord Jesus Christ.  We will learn to speak Tandroy so that we can shatter the silence in the “Dirty South”. 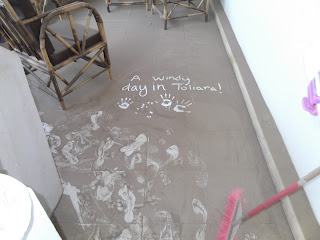 (Dust that accumulated within 30 minutes of our dust storm) 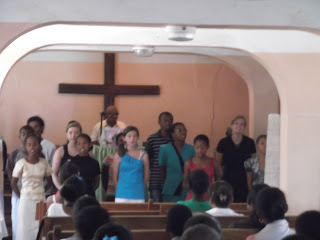 Girls singing with the youth choir at church 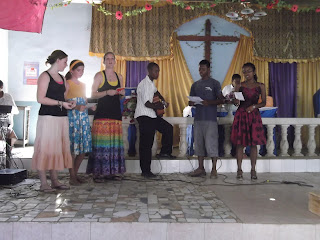 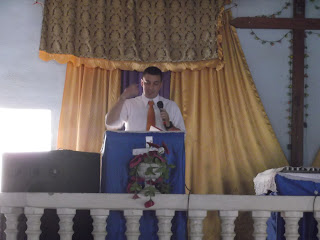 Sharing God's Word with a local Body of Believers 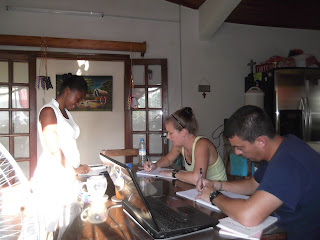 Hardworking students of the Tandroy language 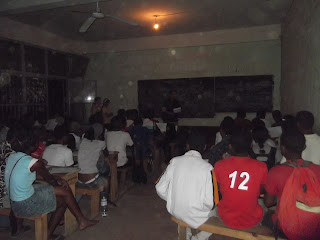 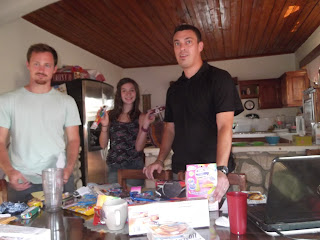 Packaged received from the Padgett's "Thank You"